skip to main | skip to sidebar

The Butterflies of the Peak District will be revised and re-printed but it will not be earlier than 2023. The Stone Circles of the Peak District i am revising and expanding and intending to re-release by the Summer of 2022. I have no plans to re-print the folklore of the Staffordshire Moorlands. My new Mining book at almost 400 pages was printed at a huge cost. Of the 200 of the first edition only 30 now re-main, when they sell out i have no current plans on re-printing. "Wild Peak" is now also sold out.

New titles in the works include my long awaited book on the Wild Orchids of the Peak District and a historical gazetteer of many of the many hidden historical curiosities in the Peak's.

Once again thanks for all your support, have a great 2021! 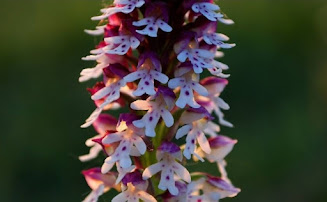 Posted by Urban_Explorer at 07:52 No comments:

New Book: The Mines of the Peak District 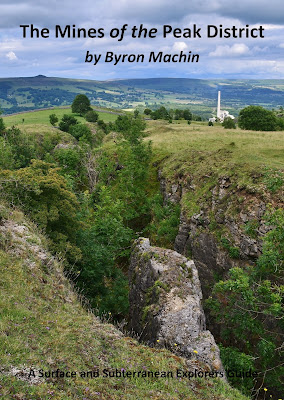 The Peak District is famous for its dramatic and wild landscapes. But many people are unaware that on the high gritstone edges and deep within the dramatic limestone gorges are the remains of an ancient industry. For over 4,000 years, lead, copper and other minerals have been excavated from deep beneath the land. This book explores the history of mining in the Peak District. From the largest mines driving miles of passages, to small workings in remote places, the whole sweep of mining in the Peak District is explored. This book gives the explorer a guide to the best the area has to offer, in both surface and subterranean remains. With a detailed geological primer, historical introduction and guided walks, the main site accounts are accompanied by numerous maps, plans and photographs.


The Mines of the Peak District is A5 in size, 380 pages in length, illustrated in black & white and with full colour card covers.

Posted by Urban_Explorer at 00:24 No comments:

New Book: The Butterflies of the Peak District 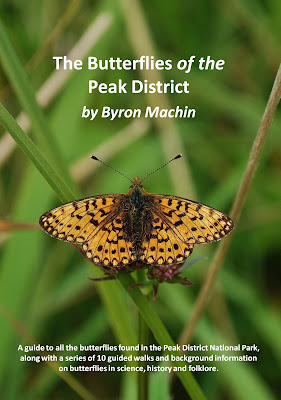 This book was a limited print run of 200 copies, and has now sold out.


Butterflies are easily the most enchanting and widely loved of all British insects. They flutter through our woodlands and meadows, in a kaleidoscope of dazzling colours. Coupled with their beauty, their lifecycle is nothing short of miraculous. Their metamorphosis from earthbound caterpillar to winged butterfly is a wonder of nature and symbolic to many people. In the Peak District National Park we are lucky to have a wide variety of butterfly species. Byron Machin has spent his summers visiting every corner of the Peaks to survey the butterfly populations. Inside this book he guides you through every species and the numerous nature reserves where you are likely to see them. Also included are 10 guided walks and background information on butterflies in science, nature and folklore, accompanied by Byron's stunning photographs.

This brand new book is A5 in size,140 pages in length and is printed in full colour throughout. It is priced at £12 (Free P&P). It is also available in a variety of bookshop's throughout the Peak District.

Posted by Urban_Explorer at 02:40 No comments:

New Book: The Folklore of the Staffordshire Moorlands

The dramatic and ominous scenery of the Staffordshire Moorlands lends itself to the fantastical. A millennia of erosion has created great escarpments, deep gorges and secret ravines, lined by wild expanses of heather and creeping morasses of sphagnum bog. Amongst these habitats are a whole network of ancient packhorse trails and holloways, linking together the isolated villages of the area. Over the last two decades Byron Machin has amassed a plethora of folktales, legends and superstitions. From Lud’s Church to Thor’s Cave these fascinating and sometimes terrifying tales are presented, along with a detailed guide to all the locations and stunning photographs.

This brand new book, the first thorough account of the Folklore of the south-west Peak District in several decades is 192 pages in length, A5 in size, with matte card colour cover and black and white illustrations throughout. The book is priced just £12 and is available direct from me (with free post and packaging!) or from Picture Book in Leek.

This title is now out of print.

Posted by Urban_Explorer at 05:33 No comments:

The Stone Circles of the Peak District

The Peak District is not only Britain’s most beautiful national park, but also the richest in terms of its prehistoric heritage. In this detailed field guide Byron Machin takes to the vast moorlands to explore all of the henges, stone circles and ringcairns of the Peaks. Each site is explored in detail, with locations, photographs, plans and excavation histories.  From Arbor Low to the Nine Ladies every site is included, along with extra information on those sites which have been sadly lost, and those which never were.


In a detailed introduction, the prehistory of Britain is discussed and the evolution of these prehistoric ritual monuments is explained. Also explored are a variety of other sites including chambered cairns, long barrows and rock art. Finally a specially created series of guided walks take in the most breathtaking ancient sites. The first edition of 'The Stone Circles of the Peak District' was a full colour A4 limited edition and has now sold out.
The second edition has been produced in a handy A5 field guide size. It has laminated matte card covers and 194 pages, filled with maps and black and white photographs. The book is priced just £12 and is available in book shops throughout the Peak District. You can also order direct from me below, and i offer FREE postage and packaging. All books will be shipped in a bubblewrap-lined jiffy bag. Sorry but i do not ship internationally.
BOTH FIRST & SECOND EDITIONS HAVE NOW SOLD OUT.
A REVISED THIRD EXPANDED EDITION IS PLANNED FOR SUMMER 2022. 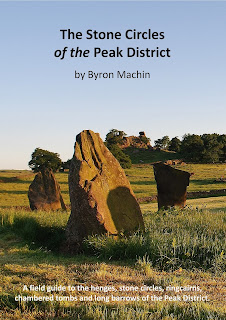 Posted by Urban_Explorer at 01:43 No comments: 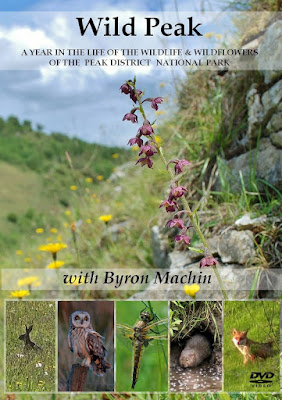 WILD PEAK: A YEAR IN THE LIFE OF THE WILDLIFE & WILDFLOWERS OF THE PEAK DISTRICT NATIONAL PARK

The Peak District is England’s most beautiful National Park. Its unique geology and rich human history has led to the creation of an intricate series of habitats, home to very special wildlife and wildflowers. In Wild Peak local naturalist and historian Byron Machin uses over a decade of his own wildlife footage to take you through the cycle of seasons and reveal to you its hidden landscapes. Along with intimate portraits of everyone's favourite mammals including Hares, Badgers, Foxes and Water Voles you will also see rare insects, birds and a whole plethora of unique wildflowers which adorn the highest crags to deepest gorges. But this is not just a dry natural history film, Byron also includes aspects of folklore, archaeology, history and literature to bring the Peak District to life in a way never revealed on film before.

Sadly this title has now sold out.

Posted by Urban_Explorer at 11:26 No comments:

Seven Stones Publishing is a little independent, non profit-making small press where everything vanishes more quickly than the Spring Snow!

The press is run by Byron Machin and every item is hand-crafted in the Staffordshire Moorlands.

You can see clips from my old and latest documentaries at:
https://www.youtube.com/user/byronmachin.

Reviews of my recent documentaries:


“This film is the result of a life-long love of the moorlands and its landscapes” – The Sentinel
“It’s an appealing video to watch. It’s interesting and informative, and Byron has something of Professor Brian Cox about him; enthusiastic about his topic, and similarly youthful and keen. Anyone with an interest in the Peak District should give it a go!” – The Sandbach Chronicle

“A passion for archaeology and education is the inspiration behind this documentary ... a hard-hat to follow!” – The Buxton Advertiser
“The Teacher in Machin throws in plenty of drawings and diagrams but this is no classroom text and after the basics are covered he heads of underground into places that are clearly dangerous and physically demanding” – The Crewe Chronicle
“Filming in mines obviously brought a number of challenges for Byron, but it provides for experiences we will never forget” – The Matlock Mercury
“Filmed in the open air and down caves, and wind and darkness are not friends of amateur film-makers, but this only adds to the atmosphere of the documentary” – The Congleton Chronicle 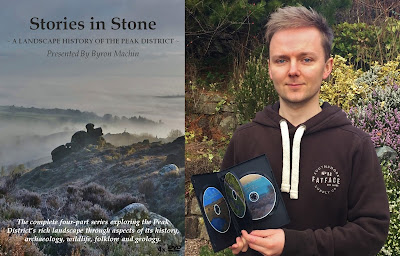 The following books and dvd's are now no longer-available.

[Nb. Older posts, no longer of relevance are deleted]
Posted by Urban_Explorer at 13:08 No comments:

Urban_Explorer
Byron Machin was born in the Staffordshire Moorlands and since a young boy has had a passion for all aspects of its history. He went on to study Physical Geography at university and for a decade was a high school Geography Teacher in Cheshire. Now freelance Byron is attempting to make a living doing what he loves!